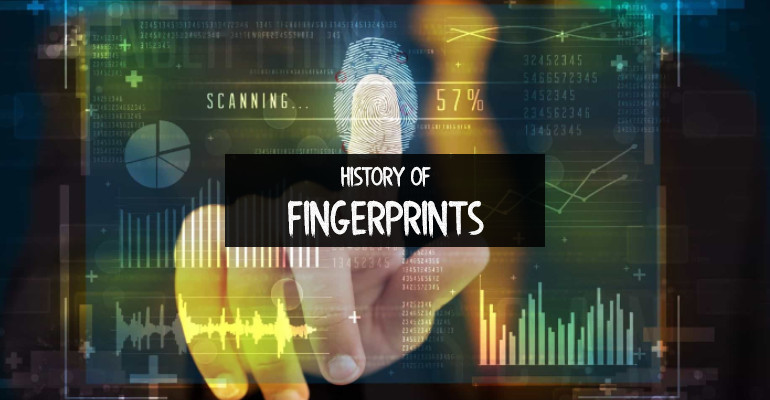 In its endeavour to improve its skills and capacity, the human race spares no effort to discover tools, assistance, and techniques. At IMI Academy Limited, we view the analysis of Fingerprints as an integral part of this overall effort. Here we present a quick tour of the field and its development over the years.

Improving the capabilities of the human race was the central interest of the work of Sir Francis Galton. He happened to be a first cousin of Charles Darwin, the pioneering evolutionist. Sir Galton had written a work on family trees and inter-breeding. He also evinced a keen interest in fingerprints. His initial interest was in their use for the purpose of infallible identification, but his curiosity was furthered when he came across J.Purkinje's work. He sought to develop on J.Purkinje's nine finger patterns and evolved a terminology for the field of dactylography.
The Czech biologist, J Purkinje was the first to formally classify fingerprint patterns and he created a nine pattern system. J.Purkinje was the man who developed the world's first Department of Physiology and the first-ever Physiology lab at the University of Breslau, around the late 1830s. He had introduced the terms "plasma" and "protoplasm", and discovered sweat glands in 1833. Purkinje also has a crater on the moon named after him. Such was the versatility of the trailblazer in the field of fingerprint patterns.
Inspired by Purkinje, but in line with his own interest in families, Sir Galton examined hereditary aspects of fingerprints, compared hands of twins, and studied related and unrelated individuals. The subject of Fingerprints had been referred to Sir Galton by none other than Charles Darwin, to whom, an expert Dr. H. Faulds had written to share his fingerprint classification system.
At IMI Academy Limited, we note the strong Indian connection with the advancement of this field. W. J. Herschel who published a paper in the late 19th century in the journal "Nature" reported the use of the fingerprints for identifying people, and upon the experience of doing so in Bengal. It was in India that the popular Henry system (named after Sir Edward R. Henry, a police officer stationed in India) was developed which spread to most English-speaking countries.
In the Henry classification, there are three basic fingerprint patterns: the loop, the whorl, and the arch which are respectively manifested in 60-65%, 30-35% and 5% of all fingerprints. Now these patterns can be classified in more complex ways and subdivided further, such as arches can be seen as plain arches or tented arches, loops can be ulnar or radial, and whorls can be plain, accidental, peacock's eye, composite, double loop etc.
The heritage literature in India discusses three types of ridge patterns: the Shankh (conch-shell), the Chakra (the wheel) and the Shakti (the energy). Respectively, they correspond to the ulnar and radial loop, the whorl, and the composite.
Our own team of analysts and counsellors is committed to deepening the knowledge, particularly that of application in the field, so that strong testimonials from beneficiaries will draw more people to the advantages of consulting the Dermatoglyphs.
Dermatoglyphs is a word suggested by Professor H Cummins about eighty years ago, and he presented it at the annual conference of the American Association of Anatomists. It describes the scientific fields of study of the palmar and plantar ridges of the hands and feet. Professor H Cummins wrote a book in 1943, titled Finger Prints, Palms and Soles, which turned out to be a seminal landmark in the field of Dermatoglyphics. Professor H Cummins and Rebecca W. Kennedy had also presented a paper, "Purkinje's observations on fingerprints and other skin features" which was published in The Journal of Criminal Law and Criminology.
Following in his book's illustrious tradition, several writers have offered their expertise and fruits of research to the world. It is important to acknowledge their contribution. In the course of their dedicated study, these writers cultivated an eye for dermatoglyphic detail and made very fine observations. Their practice over decades also enhanced their powers of judging strengths and weaknesses in individuals. We will here look at only a few of them, while there are a great number of meritorious workers in the field.
While we just mentioned the ancient Indian dissertations on the subject, we also recall the Wu Hsing method from China which was quite a sophisticated system. The Wu Hsing method combines a number of parameters : the significance for each finger, the type of print, its direction and the epicenter. This yields a rich depiction of an individual's propensities and tendencies. And each human individual is truly unique, and as the 13th century Persian physician Rashid-al-Din Hamadani commented on the Chinese system of fingerprint identification : "Their experience demonstrates that no two individuals have fingers exactly alike."

In the modern age,the English palmist Noel Jaquin studied character traits for five different patterns viz. the arch, the tented arch, the loop, the whorl, and the composite. He associated a set of qualities with each of them.

We here consider a few more notable authors and commentators who have advanced their own perspective or otherwise surveyed the available literature in Dermatoglyphics. They have in their own ways enriched the discipline with their intellect and devotion. Darlene Hansen compared the Chinese view with the classic perspective of Professor H. Cummins. She noted that the whorls symbolise the yang (masculine) element while the loops symbolise the yin (feminine) element in Chinese thought. The whorl indicates someone who can be ruthless in pursuing their end, while the loop is further classified into ulnar loop (complacent people) and radial loop (stronger individualism). Loops can be termed radial or ulnar, depending on the side of the hand toward which the tail points. Radial loops start on the thumb-side of the finger (and indicates more resolute people), the side closer to the radius, while Ulnar loops start on the side closer to the ulna, the lower arm bone. The differentiation between the Plain Arch and the Tented Arch may also be noted. The plain arch has a consistency of flow from one side of the finger to the other, cascading upward slightly like a wave. In the Tented Arch, the ridges in the center are not continuous and adjacent ones converge and point upward like in a tent cone. Dr. Scheimann studied the indications of abnormality that can be inferred by looking at fingerprints. He discovered that loops and whorls are most common, and the most frequently seen palmar pattern is the tented type. For instance, he declared that having the same fingerprint on all fingers (both hands) is a sign of a congenital defect. He also suggested other danger signals associated with neurotic issues - ill-formed ridges etc.

Dr. Scheimann also added to the pattern descriptions in terms of traits given by Noel Jaquin.

In a sense, Dr. Scheimann can also be said to follow the "thumb-rule" wherein in the absence of a dominant pattern, he inspected the thumb pattern to yield the overall personality.

About three decades ago, Carol White in her book offered her take on some of the above.

What are the top colleges for MBBS in Nepal?

There are more than 20 medical government and private colleges available across Nepal offering more than 2500 MBBS seats in Nepal.

I think, the below three reason was most of the students prefer government colleges.

The government colleges have most experienced professors

Please check and get proper guidance before choosing your colleges.

Which is the best MBA or MTech?

Both are good. But in which institution, you are pursuing these PGs makes the difference.

And also depends on your goal. In general Engineering with MBA is a good combination.

If you want to pursue M.Tech., make sure that you are doing it in a good institution and good specialization.

You should be clear what you want to do. If you are not clear even at the time of completing graduation, you should meet a career counselor.

How to get admit card for phase III CET exam

Please follow the below step for downloading admit card of CET phase III.

Click the notification for the release of the MAKAUT CET phase III 2020 admit card.

You are redirected to the login page. Login with your registered Mobile number and Application number.

In the login page, you can able to view the admit card.

Then, you can download and print out of the admit card.

How is studying MBBS in Bangladesh?

Last several years, Bangladesh has shown a good development in terms of education. The below are the reasons why getting MBBS degree from Bangladesh is a good choice for Indian and other national students:

No donation is required to get mbbs admission in Bangladesh.

Students studying in medical colleges in Bangladesh are provided the 1 year internship for MBBS students.

The quality of infrastructure, education and accommodation is comparable to other developed countries.

The hospitals are well equipped with great infrastructure

The standard of education is very good and is comparable to other developed countries.

MBBS Course in Bangladesh is very affordable as compared to other countries across the world.

Most of medical colleges are recognized by MCI. Indian students, who are complete their degree with MCI Approved colleges, they can able to work in India also.

The accommodation is very affordable with high quality standards and facilities.

The West Bengal Joint Entrance Exam Board has released the admit card of WBJEE 2020 on January 24. All the candidates can now download the admit card...