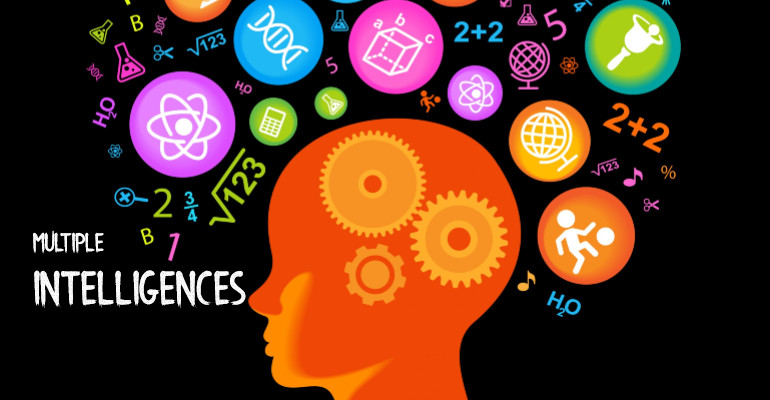 Neurons have the major control of our intelligence development. Dermatoglyphics analysis can help us discover the development of our neurons and understand our innate strength and weakness. Even Albert Einstein has only used 30% of his innate intelligence, the rest is developing intelligence.

How can parents and educators help children develop their intelligence?

Before Dr. Howard Gardner has proposed the theory of multiple intelligence in his book Frames of Mind in 1983, the intelligence development of students completely has depended on the expectation of their parents and educators.

In other words, the expectation of the teachers has a great impact on how well the students perform. In 1970s, educators are requested to show positive attitudes toward all students. These resolutions have encouraged a lot of students. There was, however a few theories have developed about intelligence.

Dr. Gardner’s Frames of Mind around multiple intelligence has had a profound impact on thinking and practice in education. His theory suggests that there are a number of distinct forms of intelligence that each individual possesses in varying degrees. Gardner points out that the different intelligences represent not only different content domains but also learning modalities. His further implication of the theory is that assessment of abilities should measure all forms of intelligence.

In Dr. Gardner’s theory, he also stresses the importance of:

This intelligence has to do with introspective and self reflective capacities. Those who are strongest in this intelligence are typically introverts and prefer to work alone. They are usually highly self aware and capable of understanding their own emotions, goals, and motivations.

They often have an affinity for thought based pursuits such as philosophy. They learn best when allowed to concentrate on the subject themselves.

This area has to do with logical, abstract, inductive and deductive reasoning and numbers. It is safe to assume that those with this intelligence naturally excel in mathematics, chess, computer programming and other logical or numerical activities. A more accurate definition places emphasis less on traditional mathematical ability and more reasoning capabilities, abstract pattern recognition, scientific thinking and investigation , and the ability to perform complex calculations.

Naturalist Intelligence involves understanding the natural world of plants and animals, noticing their characteristics and categorizing them.
It generally involves keen observation of environment and surrounding and the ability to classify other things as well.

This intelligence has to do with interaction with others. People in this category are usually extroverts and are characterized by their sensitivity to other's moods, feelings, temperaments and motivations and their ability to cooperate in order to work as part of a group.
They communicate effectively and empathize easily with others and may be either leaders or follower. They typically learn best by working with others and often enjoy discussion and debate.

This intelligence has to do with vision and spatial judgment. People with strong visual-spatial intelligence are typically very good at visualizing and mentally manipulating objects. They have a strong visual memory and are often artistically inclined.

Those with visual-spatial intelligence also generally have a very good sense of direction and may also have very good eye - hand coordination. This is also seen as a characteristic of the bodily - kinesthetic intelligence.

This intelligence has to do with movement, physical activity and body coordination. In this category, people are generally adept at physical activities such as sports or dance and often prefer activities which utilize movement. They may enjoy acting or performing, and in general they are good at building and making things.
It requires the skills and dexterity for fine motor movements such as those required for dancing, athletics, surgery, craft making etc.

This intelligence has to do with rhythm, music, and hearing. Those who have a high level of musical - rhythmic intelligence display greater sensitivity to sounds, rhythms, tones and music.

They normally have good pitch and may even have absolute pitch and are able to sing, play musical instruments and compose music.

What are the top colleges for MBBS in Nepal?

There are more than 20 medical government and private colleges available across Nepal offering more than 2500 MBBS seats in Nepal.

I think, the below three reason was most of the students prefer government colleges.

The government colleges have most experienced professors

Please check and get proper guidance before choosing your colleges.

Which is the best MBA or MTech?

Both are good. But in which institution, you are pursuing these PGs makes the difference.

And also depends on your goal. In general Engineering with MBA is a good combination.

If you want to pursue M.Tech., make sure that you are doing it in a good institution and good specialization.

You should be clear what you want to do. If you are not clear even at the time of completing graduation, you should meet a career counselor.

How to get admit card for phase III CET exam

Please follow the below step for downloading admit card of CET phase III.

Click the notification for the release of the MAKAUT CET phase III 2020 admit card.

You are redirected to the login page. Login with your registered Mobile number and Application number.

In the login page, you can able to view the admit card.

Then, you can download and print out of the admit card.

How is studying MBBS in Bangladesh?

Last several years, Bangladesh has shown a good development in terms of education. The below are the reasons why getting MBBS degree from Bangladesh is a good choice for Indian and other national students:

No donation is required to get mbbs admission in Bangladesh.

Students studying in medical colleges in Bangladesh are provided the 1 year internship for MBBS students.

The quality of infrastructure, education and accommodation is comparable to other developed countries.

The hospitals are well equipped with great infrastructure

The standard of education is very good and is comparable to other developed countries.

MBBS Course in Bangladesh is very affordable as compared to other countries across the world.

Most of medical colleges are recognized by MCI. Indian students, who are complete their degree with MCI Approved colleges, they can able to work in India also.

The accommodation is very affordable with high quality standards and facilities.